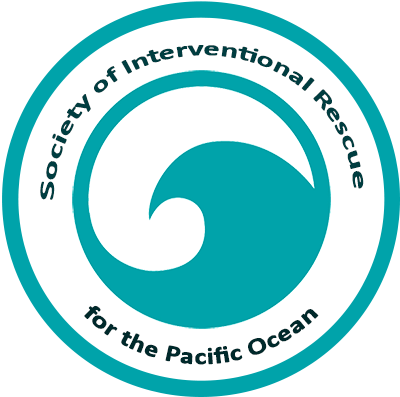 Tsunamis and Hurricanes in the Pacific Ocean

Almost eighty percent of the world’s tsunamis occur in the Pacific Ocean. This is because of the Ring of Fire, an area which starts in New Zealand and runs Indonesia, Papau New Guinea, Indonesia, the coastline of Asia, and extends along the North American coastline. The name tsunami originated from Japan, the country which has the most tsunamis on average every year.

How do tsunamis form? The most common reason that tsunamis form is because of earthquakes. Once a sudden movement of a plate tectonic happens, it displaces a lot of ocean. The power of the waves created by that movement becomes a tsunami. Tsunamis can also be caused by underwater landslides, volcanoes or perhaps a meteor hitting the ocean, a very rare situation.

Nowadays, scientists can predict the time and location in which a tsunami may occur after an earthquake. The Pacific Tsunami Warning System’s headquarters are in Hawaii and can help warn people before a tsunami strikes

Hurricanes form only when certain weather and climate conditions are occurring all at once. For a hurricane to form, the ocean water must be eighty degrees Fahrenheit or warmer and the air over the ocean must get colder the higher it is above the water. The wind has to blow the same way, blowing air up from the surface of the water. This causes clouds to form and the humidity in the atmosphere mixed with wind forms a hurricane.

Did you know that hurricanes cannot form at the equator? The water, temperatures and winds are perfect for forming a hurricane but hurricanes also need something else to form: the Coriolis Force. That is the force that resides around a spinning object. That specific force is weaker around the equator, making it too hard for them to form.

As much as we would hate to get hit strait on by a hurricane, they actually have a beneficial effect on the planet, despite the destruction they are capable of. Hurricanes transport hot air from the tropics and relocate it to the colder areas of the world. This helps regulate and balance the temperature, as well as moisture around the world. If our planet did not create hurricanes, a lot of areas on the earth would grow too hot for life to survive in that region.

life-sustaining beautiful force, has been filled with three and one half million tons of trash. But our brains cannot even comprehend how much that really is so let’s put it into perspective. The world’s landfill area is the size of Europe, which resides in the whirling currents of the Pacific Ocean. It’s hard to even comprehend the enormous amount of trash and pollution which is congested in one of the most important aspects of our earth.

Where has all this trash come from? In the past hundred years, loads of pollutants have increased- mainly raw sewage, industrial waste products that include heavy metals, and fertilizers, pesticides, and other harmful chemicals, carried to sea by many rivers. It is estimated that 20% of the contamination comes from ships at sea that throw their dump waste or cargo overboard and into the ocean, either on purpose or by accident. Trash also accumulates into the ocean from people at the beach, allowing their trash to be littered into the ocean and be swept out to sea. The ocean currents have pulled trash and pollution into the ocean from all over the globe, including America, China, Japan, and Mexico as well as all the other small islands and countries that the Pacific Ocean graces.

What are the effects of pollution and trash on the Pacific Ocean? Any action has consequences, and in this case, the effects from such a huge amount of trash in the ocean has extreme effects. Even though the Pacific Ocean is vast enough to dilute a great amount of these harmful substances, terrible problems have risen is the more confined bodies of water from the Pacific Ocean. In many cases, entire populations of fish which communities and fishing industries rely upon have diminished significantly or made entirely unfit for commercial use.

Why is maintaining the well being of the Pacific Ocean important? As we know, fish and marine life from the Pacific Ocean sustain life’s natural balance. The Pacific Ocean provides food, moisture and keeps our Earth equally balanced. A large portion of the human population depends on the Pacific Ocean for their sustainability. The Ocean also provides minerals and helps regulate Earth’s temperature by retaining heat, absorbing toxins, waste, and absorbing most the sun’s radiation. Not only that, but the Pacific Ocean plays a vital role in creating and maintaining climate zones on land. Areas of land that are hundreds of miles away from the coastline are still greatly influenced by the ocean. The Pacific Ocean is crucial to heating earth. The ocean helps to dispense heat around the globe on currents that act as distributors of warm and cold water. The Pacific Ocean’s currents cool the tropical areas and warm the polar areas. The ocean greatly influences weather patterns. The evaporated water from the ocean brings much needed water to land, providing life for humans, plants, and animals.